The creator of Hungry Tums is Di Heath, a Mum who is passionate about offering people low fructose options for delicious food.

Di was born in the 70’s and grew up in Christchurch, New Zealand. Like most kids of that era, she grew up on a diet of cereal and toast for breakfast, sandwiches (made with butter) for lunch and meat and vegetables for dinner. Any sweets were homemade baking (which she used to help make and where her passion for baking began) and her Nana’s homemade ice-cream.

As she grew up, more processed foods crept into her diet and when the so called health professionals began advising the general public that saturated fats were the enemy, her family like many others, switched to low fat foods.

In the mid 90’s Di moved to Brisbane, Australia to start a new life in a warm climate and that is where she now calls home with her 3 children.

For a good portion of her adult life, Di had always felt tired and bloated and headaches were becoming a nearly daily occurrence. Sugar was a fairly large part of her diet…the things that were obvious to her like the chocolate bars at the end of the grocery shopping trip, the packets of biscuits and the after dinner treats like ice-cream, lollies or iceblocks. But what wasn’t obvious to her were the hidden sugars in all the “healthy” foods she was consuming, like the muesli with low fat milk and low fat yoghurt that she ate for breakfast. She knew she had a sweet tooth, but had no idea that it was in fact an addiction. That was until she read a book by David Gillespie called “The Sweet Poison Quit Plan” in July 2012. That one book was the fuel that she needed to say goodbye to sugar forever, and to also say goodbye to her tiredness, headaches, bloating and a few kilos.

With a passion for baking it wasn’t long before she started to convert recipes into sugar free versions for her family to enjoy. These recipes were then shared with her Facebook page called Hungry Tums, where lots of other people enjoyed making and eating her recipes. From there the idea came about to create an eBook of these recipes, which was launched in December 2012. The eBook was very well received and prompted her to self publish the recipes into a beautiful print book.

Di continues to create delicious sugar free recipes for her family and others to enjoy and loves to inspire and encourage other people to try the sugar free way of living. That’s why we are really thrilled to have her as a competition partner.

In our prize packs we have two of her gorgeous recipe books to give away. We will include it in our best overall photo prize pack and of course our major winner. So don’t forget to enter our competition by sending in a photo, recipe or both of your creations made using rice malt syrup or dextrose: http://bit.ly/WIN_TSBU. You will then have a chance to win a “Sweet As” cookbook from Hungry Tums, plus lots of gorgeous products from J’adore Raw, Equagold, Brookfarm, Melinda’s Gluten Free Goodies, Mayvers, Health Magic and of course The Sugar Breakup Organic Golden Rice Malt Syrup and Dextrose. 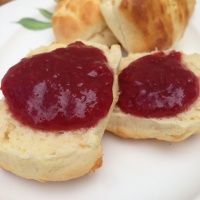